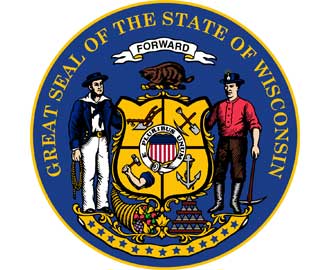 Madison, Wisconsin — The Wisconsin Department of Safety and Professional Services has approved IAPMO’s Water Demand CalculatorTM (WDC) as an alternate method for estimating the demand load for a building’s water supply and principle branches for one- and two-family dwellings in the state.

A revolutionary tool, the WDC predicts peak water demand in single-family homes and apartment buildings, reducing the carbon footprint of the structure and saving consumers on both their water and water heating-related energy utility bills for the life of the plumbing system. At the same time, proper sizing of our buildings greatly minimizes the potential threat of bacterial growth within the system, which can lead to such serious health risks as Legionnaire’s Disease.

Water age reduction is one of the most significant aspects of EPA-funded research at Purdue University, and is seen by many as an increasingly more important factor in public health and safety conversations. The WDC, by more accurately predicting peak flow rates, allows for smaller pipe sizes, which in turn likely reduces water age, according to the research. As a result, the WDC is seen as an important development in better promoting public health and safety and improving plumbing systems’ resiliency.

“After almost a decade of work on developing the Water Demand Calculator, we are excited to see the WDC included in the Wisconsin Plumbing Code,” said Dan Cole, IAPMO senior director of Technical Services. “The adoption of this important WE•Stand breakthrough means Wisconsin residents could see improved water efficiency, water quality, and construction cost savings as high as $5,000 per home.”

Contained within Appendix M of the 2021 Uniform Plumbing Code (UPC®) and free to download, the WDC v2.1 addresses water quality issues attributed to lower flows in oversized premise plumbing while simultaneously using less water and energy, representing the most impactful innovation in pipe sizing in nearly a century. It is the result of a multiyear effort to develop a new statistically based pipe sizing method stemming from a need to address profound water safety and wasted water and energy concerns resulting from oversized water supply pipes in homes and buildings.

“Seeing the Water Demand Calculator adopted as an approved method in Wisconsin’s Plumbing Code shows how seemlessly IAPMO works with jurisdictions in creating customizable codes and standards solutions for jurisdictions,” said Christoph Lohr, IAPMO vice president of Strategic Initiatives. “The adoption of the WDC in Wisconsin follows a trend of more plumbing codes and standards referencing it, including the UPC, WE•Stand, and potentially the National Standard Plumbing Code.”

Version 2.1of the WDC — with new and enhanced features — may be downloaded HERE. For more information about the WDC, contact Dan Cole at dan.cole@iapmo.org.