What Can IWSH Do To Raise Awareness For Those Who Lack Access To Running Water, Sanitation? 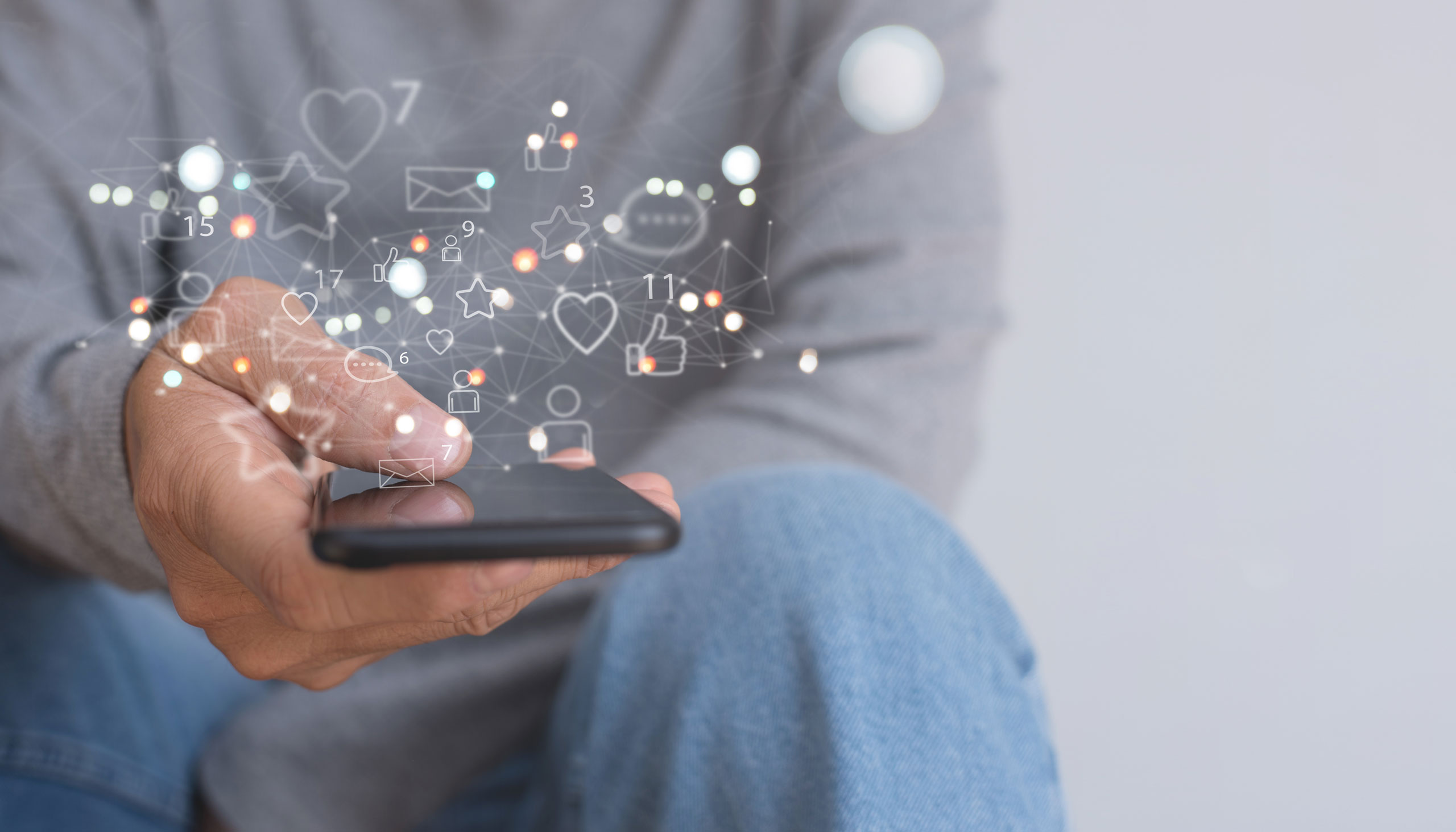 Plumbing, an often-overlooked skill and infrastructure, is one of the most integral to everyday life. We shower, flush toilets, fill our water bottles, wash our dishes, and water our gardens with relative ease and little to no thought about the work that provides this convenience, or the significance this infrastructure plays in our functioning society. And yet there are still many individuals and communities that lack access to running water and sanitation. The International Water, Sanitation and Hygiene Foundation (IWSH) seeks to increase the role the plumbing industry plays in community and educational collaborations, and development internationally. To bolster IWSH’s collaborations, projects and educational impact, it needs to continuously increase awareness about the organization and the importance the plumbing industry plays in day-to-day lives, as well as the communities that lack access to proper sanitation facilities and running water.

There are many ways in which organizations like IWSH can raise awareness for their cause, however, in today’s technologically advanced and social media driven world, investing in youth awareness and participation is the key to garnering a larger supportive following today, as well as in the future.

Additionally, social media apps like TikTok have increased in popularity among youth and can be a great way to increase awareness and encourage engagement. Furthermore, in the last few years, social media hashtag challenges have not only helped to raise awareness but have also helped in encouraging participation, and in some cases have also amassed sizeable donations for charitable causes. In utilizing this knowledge and applying it to its organization, IWSH could increase awareness about communities that lack access to clean water by pursuing youth and young adults through social media apps such as TikTok, and utilizing hashtag challenges and campaigns to boost engagement, recruit volunteers, and even encourage donations for sanitation projects and educational initiatives.

Additionally, members of this age bracket, known as Gen Z, have been given the title, “philanthrokids.” Seventy six percent of this generation is worried about climate change, while 60 percent want the work in which they engage to have purpose and meaning.

Furthermore, almost 80 percent of high school students view volunteering with organizations as a way to gain useful experience for future careers and at least 30 percent have donated to charitable organizations.

What is interesting to note is that statistically youth who become engaged and volunteer are typically more inclined to continue volunteering or are more likely to volunteer again as an adult.

Creating awareness within youth groups and student groups can not only foster awareness and engagement now, but by targeting this generation, IWSH can slowly acquire a group of individuals who may keep participating and spreading the word about their organization well into the future.

Moreover, youth tend to “self-organize and follow their peers.” Unlike previous generations, they are unlikely to seek information and engagement by visiting an office location. Rather, grassroots movements that encourage current volunteers to reach out to friends to spread awareness or recruit volunteers are more effective. When youth were asked how they found volunteer opportunities many stated that they heard through religious groups, clubs, friends, and family. While plumbing and sanitation may not be the initial go-to cause for all youth, the goals of the IWSH foundation align well with what Gen Z individuals are looking for in volunteer work; a cause with meaning. New recruits are thus likely to bring friends or family from clubs and religious groups as a form of raising awareness.

This large portion of the American population is also heavily connected through social
media and technology; 95 percent of teenagers these days claim to use smartphones and 45 percent of them have admitted to spending most of their time online. They tend to communicate through apps such as YouTube, Instagram, and Snapchat. More recently TikTok has increased its number of users.

TikTok is extremely popular with individuals between the ages of 16 to 24 — Gen Z — which comprises 60 percent of its user base as of February 2021. Moreover, TikTok has amassed more than one billion users, boasts an average of around 689 million active users per month, and about 60 million users per day. According to Brandon Doyle, CEO of Wallaroo Media, “TikTok is available in over 150 countries … and has been downloaded over 200 million times in the United States alone.” Also, TikTok has become so popular that it became the second overall in app downloads in 2019 and the number one most downloaded app in 2020 through the pandemic. The viewership and reach are massive and the app provides a unique way to target youth and their friends and families to increase awareness for IWSH and their partners and projects.

Why do youth gravitate towards TikTok? According to Zoe, a 16-year-old interviewed by Jacqueline Weiss at familyeducation.com, “TikTok is popular with teenagers because of how short the videos are. They are quick and don’t drag it out too long and keep the viewer’s attention.” Students and youth use TikTok for entertainment and to express creativity. According to Kory Marchisotto, the chief marketer for e.l.f. Cosmetics, who was interviewed by Tali Arbel of The Associated Press, “That’s where the Gen Z party is. That’s where they’re all hanging out.”

All of these factors make youth, students, young adults and their affinity for self- organizing, socializing and expressing themselves online through TikTok the perfect recipe for raising awareness about IWSH, and the communities they help through hash- tag challenges and campaigns. Hashtag challenges have gained a fair amount of popularity over the last decade. One of the most popular was the ALS Ice Bucket Challenge. This challenge typically involved filming someone who had been called out by name or “nominated” online while a bucket full of ice water was poured over their head. The goal of the challenge was to promote awareness about amyotrophic lateral sclerosis (ALS) and persuade viewers to donate to ALS research. It was created by Patrick Quinn and Pete Frates and went viral on social media in the summer of 2014. In using social media, the campaign was able to have participants from all over the world, and by calling out individuals by name or “tagging” them it personalized the challenge, which increased the likeliness that they would participate.

Additionally, videos were fairly amusing and typically under 60 seconds which required little commitment from potential viewers.

Overall, the Ice Bucket Challenge was a success. What the campaign sought to do, it accomplished. More than 2.4 million tagged videos were posted on Facebook, raising awareness internationally, and although only half of new donors were likely to only donate once, the campaign ultimately raised more than $220 million worldwide.

Although Facebook is used less by youth as older generations tend to favor it, IWSH and its partners could increase awareness for those who lack access to running water, garner participation and engagement, and encourage donations for sanitation projects through a proposed hashtag challenge posted on TikTok. Other hashtag challenge campaigns have had huge success on TikTok like Jimmy Fallon’s Tumbleweed Challenge, which acquired more than 8,000 submissions and 10.4 million engagements.

Since the goal is to create awareness for communities that lack access to running water and spread the word about how important IWSH plumbing and sanitation projects are, the challenge could involve actions taken by individuals within those communities. For example, the IWSH website states, “On the Navajo Nation in the U.S. Southwest, families drive for hours to haul barrels of water to meet their basic needs. Families living in Texas border towns worry because there is no running water to fight fires.” A TikTok hash- tag challenge aiming to raise awareness about IWSH projects and the day-to-day issues these communities face could involve challenging individuals to carry a barrel, or several gallons of water as far as they possibly can while reminding viewers that individuals have no choice but to haul large amounts of clean water daily just to meet the needs of their community because they do not have access to clean running water. Additionally, a TikTok hashtag campaign could encourage participants to do everyday things like take a shower, drink a glass of water, or wash dishes, and film themselves performing these actions without water. It could allow participants to showcase their creativity and humor while still making the point that daily life is impossibly difficult without access to running water for these communities.

Plumbing is an essential service often not thought about until a toilet breaks or a pipe bursts. However, plumbing is vital in facilitating clean running water to individuals and communities and providing sanitation facilities critical to maintaining public health and safety. Many communities internationally lack these facilities, which is why IWSH’s role in creating projects to distribute clean drinking water, and hand-washing devices, as well as educating individuals in communities about proper sanitation efforts, are so vital to community building and public safety. By focusing on and targeting the sizable group of youth, students, and young adults in the Gen Z demographic through social media and TikTok, IWSH could increase awareness about the plight these communities who lack running water and sanitation facilities face, and encourage engagement and support through hashtag challenges and campaigns.