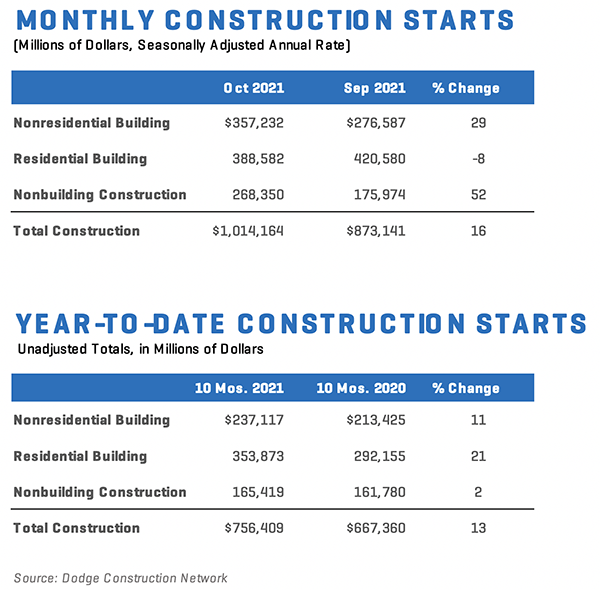 “Economic growth has resumed following the third quarter’s Delta-led slowdown. However, the construction sector’s grip on growth remains tenuous,” stated Richard Branch, Chief Economist for Dodge Construction Network. “Long term, construction starts should improve, fed by an increase of nonresidential building projects in the planning pipeline and the recent passage of the infrastructure bill. Both will provide meaningful support and growth to construction in the year to come. This expectation, however, must be tempered by the significant challenges facing the industry: high prices, shortages of key materials, and the continued scarcity of skilled labor. While healing from the pandemic continues, there’s still a long road back to full recovery.”

Below is the breakdown for construction starts:

Dodge Construction Network leverages an unmatched offering of data, analytics, and industry-spanning relationships to generate the most powerful source of information, knowledge, insights, and connections in the commercial construction industry.