The History of ‘Lead-Free’ Legislation in Plumbing 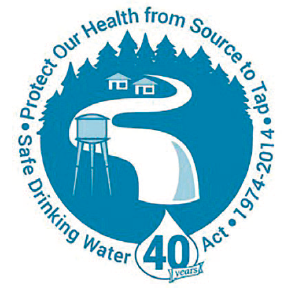 These days, the threat of lead leaching from pipes and plumbing fixtures into drinking water is obvious and addressed via numerous regulations and certifications. But did you ever wonder how all of these protections came about?

In 2014, the federal definition of “lead free” in plumbing products was legislated as “not containing more than 0.2 percent lead when used with respect to solder and flux and not more than a weighted average of 0.25 percent lead when used with respect to the wetted surfaces of pipes, pipe fittings, plumbing fittings, and fixtures.” The legislative journey to these now considered safe levels is an interesting one.

Lead has been part of plumbing since its advent due to its stability and malleability. In fact, the elemental symbol for lead, Pb, comes from the Latin word “plumbum.”

Originally used in printing and the production of firearms, lead eventually found use in pipes in the early United States, but wasn’t identified as a source of poisoning until the late 1800s. It wasn’t until the 1920s, however, that a concerted effort was made to ban lead from plumbing pipes and products. A powerful lobbying group, the Lead Industries Association, fought legislation for 50 years, slowing considerably progress on lead limitation.

In 1974, Congress passed the original Safe Drinking Water Act (SDWA) to protect public health through regulation of the nation’s drinking water supply. The legislation focused primarily on water treatment as the means to providing safe drinking water at the tap. In 1986, the SDWA was amended to prohibit the use of pipes, solder or flux that were not “lead free” in public water systems or plumbing in facilities providing water for human consumption. Lead free was defined as not more than 8.0 percent lead.

10 years later, the SDWA made it unlawful to introduce into commerce any items that are not lead free and required plumbing fittings and fixtures — endpoint devices — to be in compliance with voluntary lead leaching standards.

In 2006, the state of California sought to limit further the amount of allowable lead in plumbing by the introduction and passing of Assembly Bill 1953 (AB1953), which defined lead free to mean not more than a weighted average of 0.25 percent lead content in pipe and fittings. In 2008, the state of Vermont passed similar legislation. Both California’s and Vermont’s laws went into effect on Jan. 1, 2010, and in May of the same year Maryland passed such legislation, as well.

On Jan. 4, 2011, an amendment to the SDWA, the Reduction of Lead in Drinking Water Act (RLDWA), was passed and signed into law by President Obama tasking the U.S. Environmental Protection Agency (EPA) with enforcing the law, including the 0.25 percent limit, and stipulating testing methods and certification requirements. The RLDWA lowered the national acceptable level of lead from 8.0 percent, bringing the nation up to speed with California, Vermont and Maryland when enacted in 2014. During the interim, Louisiana passed its own lead-free law.

Last July, the U.S. EPA released a final rule codifying the RLDWA. According to this final rule, manufacturers with 10 or more employees must obtain third-party certification by an ANSI-accredited certification body like IAPMO R&T in order to demonstrate, with some exceptions, that any product intended for providing water for human consumption meets the agency’s definition of “lead free.”

IAPMO R&T has been a leading provider of testing and certification to all applicable state and federal lead-free laws at every step along the way, providing expert guidance on subtle differences between the legislation to ensure manufacturers don’t run afoul of a state law despite being in compliance with federal or vice versa.

To receive more information on lead-free certification of plumbing fittings and fixtures, direct your web browser to www.iapmort.org. We’d love to be your resource and one-stop shop for all of your testing and certification needs.