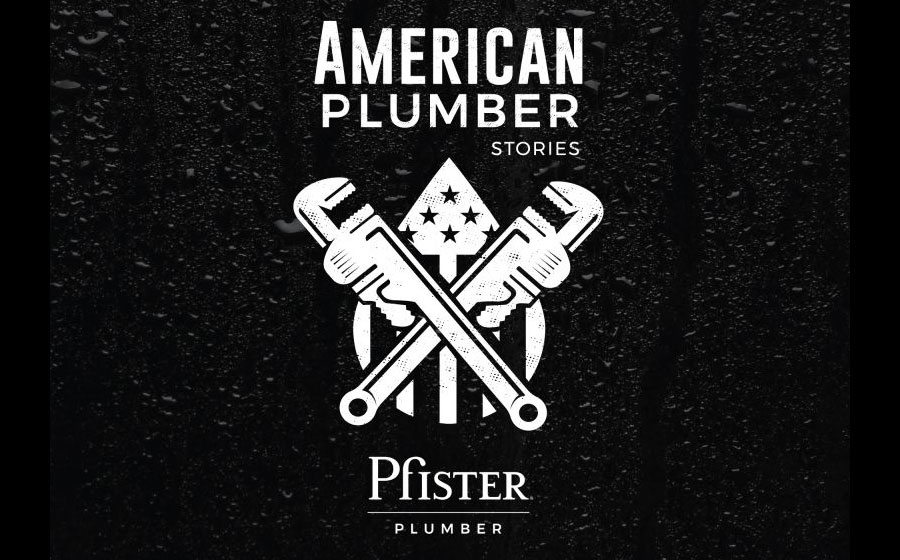 Ontario, Calif. — In service to its longstanding commitment to promoting the trades and the highly skilled professionals who work in them, the International Association of Plumbing and Mechanical Officials (IAPMO®) is proud to partner with Pfister on season three of its “American Plumber Stories” docuseries.

Pfister’s episodic online documentary series examines how professionals find their way to careers in the plumbing field, create livelihoods and families around it, and the challenges the industry now faces in attracting new plumbers into the trade. Season three will debut this fall. Seasons one and two can be viewed HERE as well as on YouTube, Instagram and other social media sites.

More than half of America’s skilled trade employees are nearing retirement age and fewer men and women are entering the workforce to replace them. With the nation facing a dire need to attract the next generation of plumbers into the trade, “American Plumber Stories” seeks to illustrate the myriad benefits of a career in plumbing.

“Plumbing is in my veins from my early exposure to the trade as a child by watching my father at work,” said IAPMO CEO Dave Viola. “I grew up understanding how my dad’s job as a plumber provided a safe path for raising a family and being financially secure. Plus marveling at all the things he could do with just his hands and tools.

“But for those without such a personal experience, ‘American Plumber Stories’ opens a window to that world, and that may open the door for young people to pursue the same career I saw and appreciated up close. I’m very pleased that IAPMO has joined as an Alliance Partner on such a well-produced and influential series.”

Founded in 1926 by a group of 39 Los Angeles plumbing inspectors wishing to collectively tackle plumbing issues in the city, IAPMO has evolved into an international organization that promotes the life-altering benefits of safe, healthy water and sanitation and the professionals who utilize their knowledge and skill to ensure an abundance of both. IAPMO enjoys longstanding partnerships with the United Association of Journeymen and Apprentices of the Plumbing, Pipefitting and Sprinkler Fitting Industry of the United States and Canada (UA) and WorldSkills, as well as non-profit organizations such as Dig Deep through its charitable arm, the International Water, Sanitation and Hygiene Foundation (IWSH).