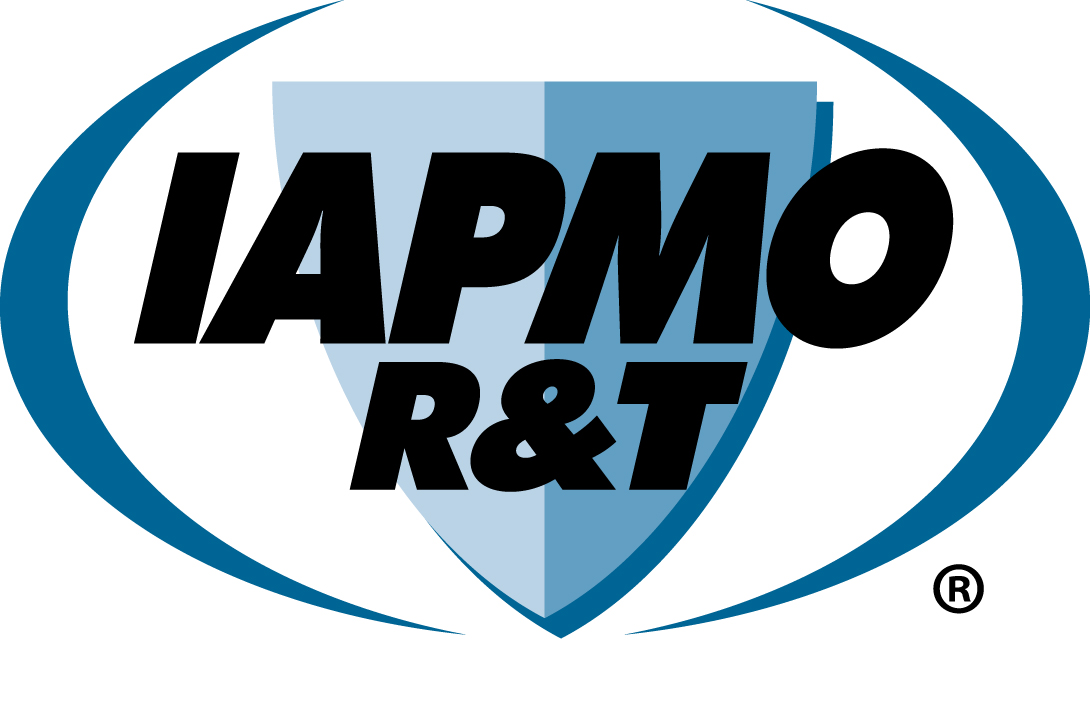 Happy New Year. As many of you know, the NFPA 5000 has been adopted as the building code of the state of California. As a part of the support service for the aforementioned code, the IAPMO Evaluation Service program was formed in order to evaluate products against the requirements of NFPA’s building code. This new company, like its siblings, is an agency that is building its reputation on quality service. It is committed to providing the highest value of services in order to become the evaluation service program of choice for building products in North America. This will be done through complete quality management ideology, technical excellence, and continuous improvement in employment and services. We expect very fast growth for this new company.

Now let us talk a little about one of the services that IAPMO R&T has been offering for decades, namely, listing plastic pipe and fittings. IAPMO R&T listings for plastic pipe and fittings are accepted throughout the nation. The listing of such products is the most widely accepted and respected listing in the nation for two main reasons. The first reason is the evaluation of such products against the nation’s plumbing codes. This evaluation by engineering staff as well as by the Product Research Committee, which consists of authorities having jurisdiction, is the most comprehensive system of product evaluation by any agency in North America. The second reason is the fact that IAPMO R&T, unlike other agencies certifies plastic pipe and fittings to specific national standards, such as the ASTM standards. This is different from what other agencies offer, namely, certifying such products to one general standard that supposedly covers all such products.

These are the reasons why many manufacturers have decided that the IAPMO R&T’s listings are the only one they need for their plastic pipe and fittings.

There is another service that IAPMO R&T has been offering its customers for years that we need to talk about. IAPMO R&T has been certifying drinking water treatment units to many national standards for years. There are major manufacturers listed with us now and the list is growing.

IAPMO R&T has recently received accreditation from the American National Standards Institute (ANSI) as well as the Standards Council of Canada (SCC) for listing food equipment. This is one of the new services that have been established, and we have very high hopes that many new customers will enjoy our service as well as the acceptance of our mark in North America.

A couple of months ago, I attended ISH North America, which was held in Las Vegas, Nevada. It was a pleasure to see that most of the plumbing manufacturers displaying their products at the show were listed with R&T. Although we enjoy having such a large list of manufacturers using our service, we have not become complacent. We always try to find ways to improve our services and remain cost competitive. In the year 2004, we will show how important we feel you are to our business.